Market Reflections at the Start of 2017

Welcome to the first Newsletter of 2017. I hope everyone had an enjoyable Christmas, and my best wishes to all for a prosperous New Year!

As many clients know, our main areas of operation are in New York, the Jersey Gold Shore and Chicago. In this Newsletter, I’ll share some news from each of these markets.

This market has seen very high levels of activity over the past 12 months, with new building permits at a 5 year high and residential construction spending 72% higher than in 2015.

Unlike the NY market, Chicago took a little longer to emerge from the downturn at the end of the last decade, with prices only starting to rise in 2014. One key factor has been inventory, which is now at half the level it was in 2008.

The rental market has been strong in Chicago and continues to gain momentum. Part of the reason for continued optimism is the comparable lack of new inventory. Taking 20 key US cities, Chicago is seeing substantially less new apartments (rental units) being delivered than its peers.

With a median sales price around $250k, Chicago is an attractively priced market, though I would advise budgeting higher than this to purchase in a prime downtown area

1st January 2017 saw the long awaited opening of the 2nd Avenue ‘Q’ Subway line, that connects the Upper East Side (UES) with Midtown.

This is the culmination of a $4.4b infrastructure investment that was first conceived in 1929, though most recently restarted in 2007.

It will provide the east side of the UES with greatly improved transportation, and may well lead to price appreciation in the area, to the east of 2nd Avenue. 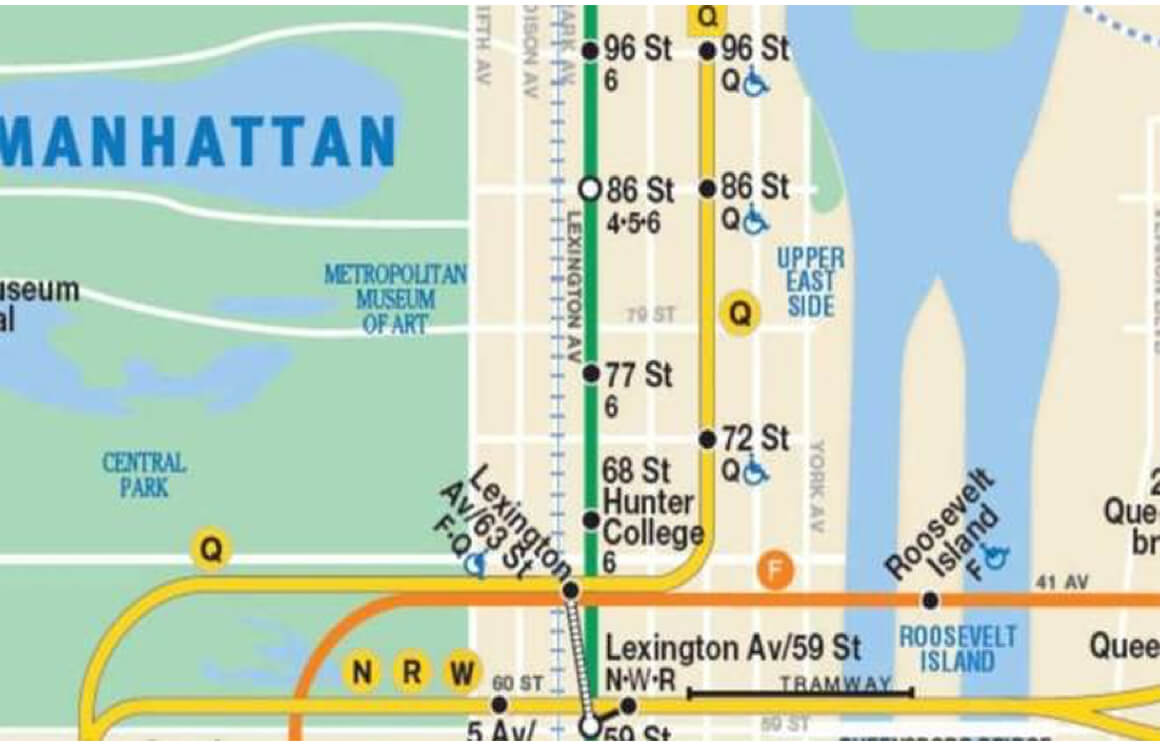 It is not only NY’s Subway receiving investment, as new plans have been announced for the cities two main airports, JFK & La Guardia.

As a frequent user of both airports, they rank as some of my least favorite to travel through; old, poorly designed, limited public transportation, being a few of my observations.

It will be beneficial to travelers, and the city as a whole, that JFK is to see a $10b investment and La Guardia $4b, with new terminals and public transportation planned.

Landlords have generally benefited from rising rents during the last 4 years, though over the last 12 months there has been an increased supply in rental units, particularly at the higher end of the market. In order to secure tenants for these, concessions have been the norm. This has in turn led to a ripple effect to where we are now seeing 24% of all doorman buildings offering concessions to tenants, city wide. As concessions ultimately lower the effective net rent to the landlord, it is likely the healthy increases in rent that the city has seen in the past few years will slow.

Manhattan, as a sales market, has many different components to it, and on occasion the sheer number of statistics produced can lead to contrary positions.

My general view of 2016 is that prices have risen a little, but more slowly than in the previous four years.

I would caveat the above by saying there are areas of the City that have seen good growth, while other areas have been more static. Likewise, on a price point basis, some segments (luxury / top end) have softened a little, while those priced in the $1m-$2m range, due to more limited inventory, have performed better.

Moving past the frenetic activity of the last four years, the market looks to be in a position where it should iron out the anomalies and I suspect will enter a phase of steady price growth, a slower rise in inventory and sustained sales volumes.

The graph below helps illustrate that inventory levels in Manhattan are still substantially below where they were 10 years ago and a reason why I believe there will continue to be healthy demand for well located, sensibly priced buildings with appropriate amenities. 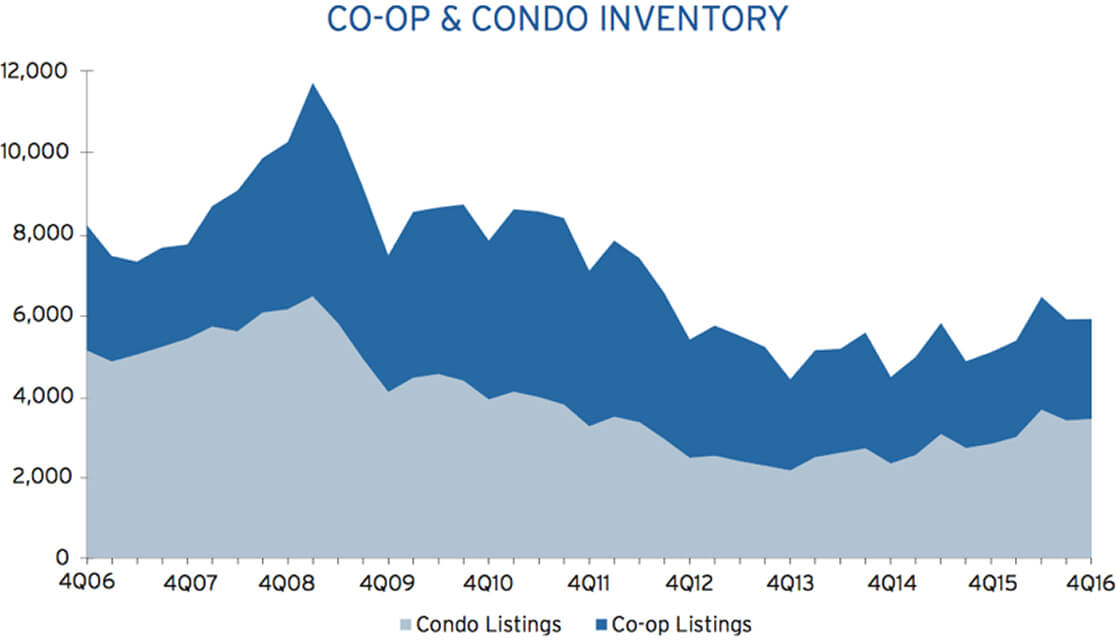 Jersey City’s skyline, the main city within the Gold Shore area, continues to be transformed. A number of new apartment buildings are nearing completion in the Downtown area, and in Journal Square (close to The Beacon) the first of the planned towers here has topped out at 53 stories.

On the left is the newest addition to Journal Sq, on the right the newly planned 30 Journal Sq, which will rise to 70 stories.

These new towers will transform the Journal Square area of Jersey City, which historically has not benefited from the infrastructure that has been afforded on the Downtown area.

In Downtown Jersey City two new condo buildings have recently been launched, known as Park & Shore. Sales were launched in Asia in late Q4 and reports are that a high quantity of contracts has already been signed. 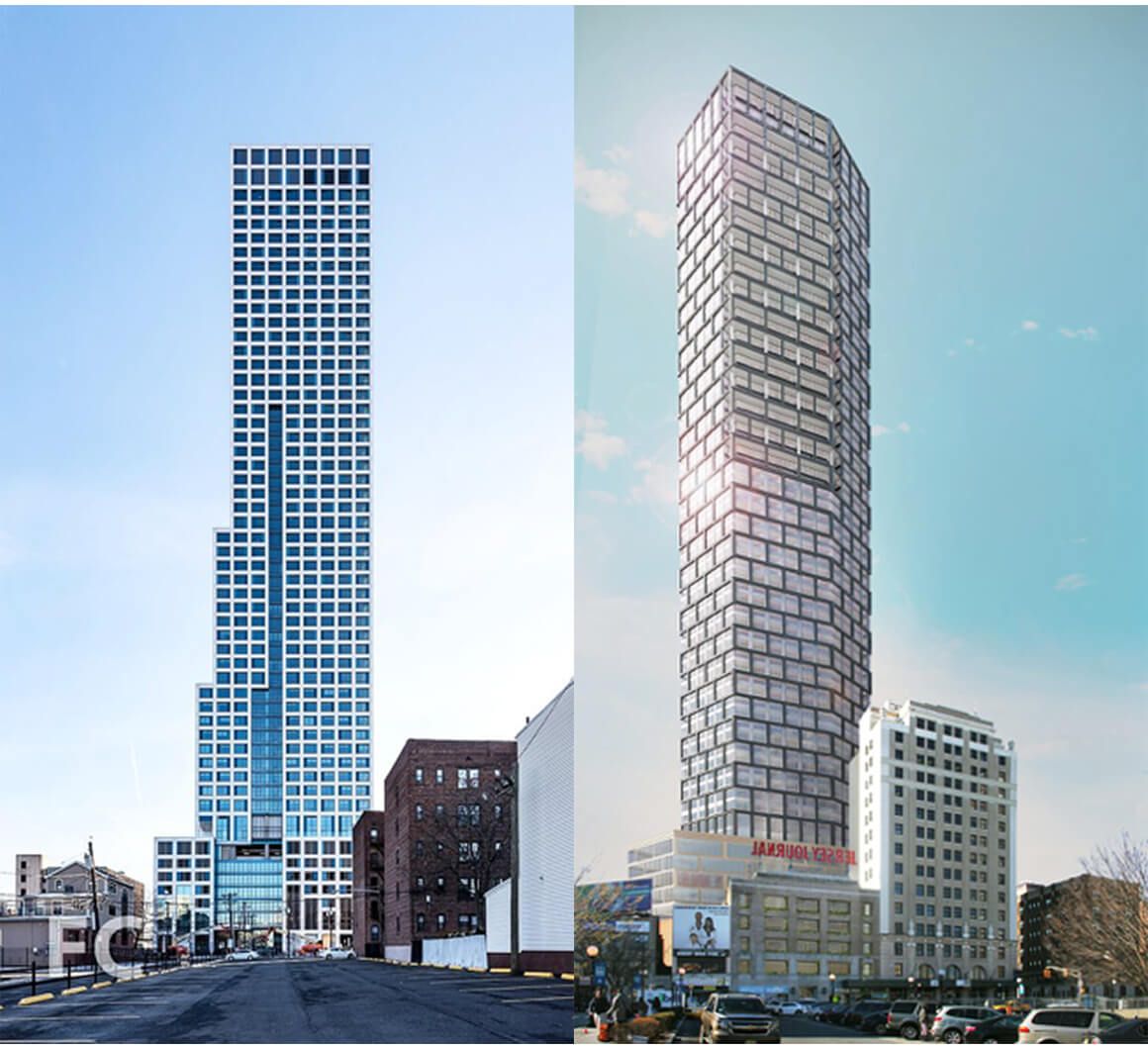 In total there are over 30 new residential developments underway along the Hudson River front.

To the north of Jersey City, Hoboken continues to be extremely popular with young families, particular the area around Washington St. At the north end is a collection of new condo buildings, including the refurbishment of the old Lipton Tea factory. NY Giants Quarterback Eli Manning currently resides here.

Pricing here is among the highest on the Gold Shore, with a median home price in Hoboken of $1.1m and an average sq ft price of $855.

As always, thank you for reading and should you have any questions, or if we can help with any property or property management related matter, please do not hesitate to contact me.